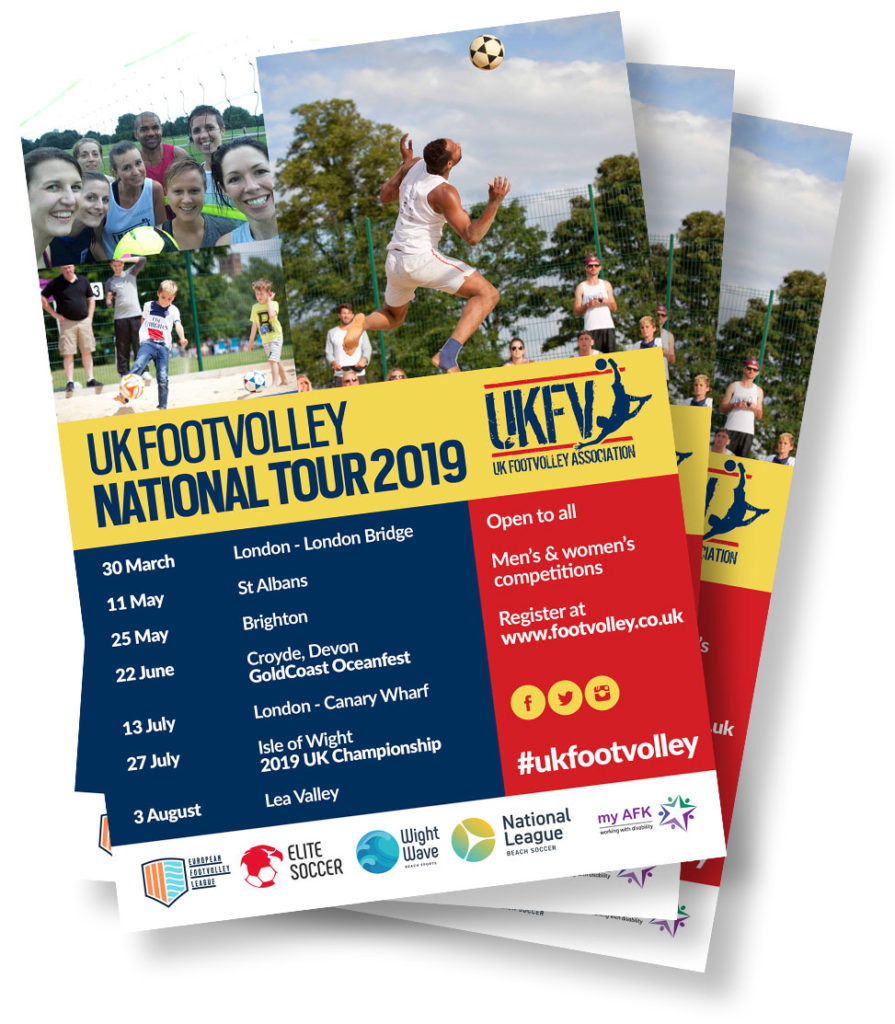 Combining football skills with beach volleyball rules, footvolley is a seriously addictive game to play or watch.  Originating on the beaches of Rio de Janeiro in the 1960s, it is now played all over the world, including parks and beaches near you!

Check out this 1 min intro video, featuring action from the 2017 EFVL European Championship in Albufeira, Portugal

Footvolley looks ridiculously fun, and none other than @ronaldinho is pushing for it to be an Olympic sport ? (? h/t Youtube/European Footvolley League)

Ronaldinho on retiring from football: “I also want to do some more for footvolley, to make it an Olympic sport.”

Having recently retired from football, Ronaldinho stated in an interview with FourFourTwo Magazine that: “I also want to do some more for footvolley, to make it an Olympic sport. It’s growing and it’s a show. There’s a world league set up now and I want to practice to be at the level of the players that are also there.”

Here he is playing in his first footvolley tournament which took place in Goania, Brazil on Feb 25 2018

Footvolley is a non-contact sport which can be played on any surface by all ages.  Watch how Manchester United used footvollye as a recovery activity for their athletes. It also improves skill & touch, rapidly developing footballers abilities.

We understand that in the UK we are not blessed with the beaches (or weather) of Brazil, but the good news is that footvolley can be played indoors or outdoors, on grass, hard courts and if you can find one, beach courts too.  Just get a net, and get some friends…

Blue Peter gets the footvolley bug

BBC1’s Blue Peter is the worlds longest running childrens TV programme.  After first visiting in 2008, David Donkin and the team go back to Blue Peter – and take on the presenters Barney & Radzi!

Could footvolley be an Olympic sport?  These guys think so…

Transcript from BBC commentary of Mens Marathon 10k Swim at the 2016 Rio Olympic Games. British Oylmpic legends Adrian Moorhouse and Andy Jameson began discussing a game they had seen on the beach of Ipanema a few days before:

AJ: “We walked down Ipanema to make sure everything was in order.

AM: “It was in order.  There was volleyball which we didn’t take part in.  We saw some stunning… I have to tell you there are some very talented volleyball players here in this country  They were playing without their hands and using feet, head, shoulders, it was just brilliant…”

AJ: “It was volleyball without the hands. It was like football volleyballl, with two on each side. And what those guys were doing, I think it was genius.  Now that, instead of…  well, I’ve got to be careful what I say here about some of these sports that are being added.  But that would be really quite special. They were amazing athletes.“

British and International Olympic Committees: we are ready! 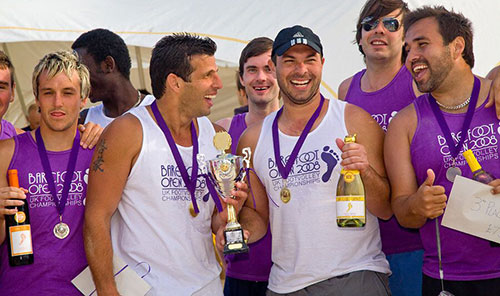